Bayeux and its surroundings

Bayeux is a city located on the river of Aure, in Normandy, in the northwest of France, 10 kilometers from the coast of the English Channel. Its medieval historic center is made up of cobbled streets and half-timbered houses, among which dominates the cathedral “Notre-Dame”, of Norman Gothic style.. Bayeux website 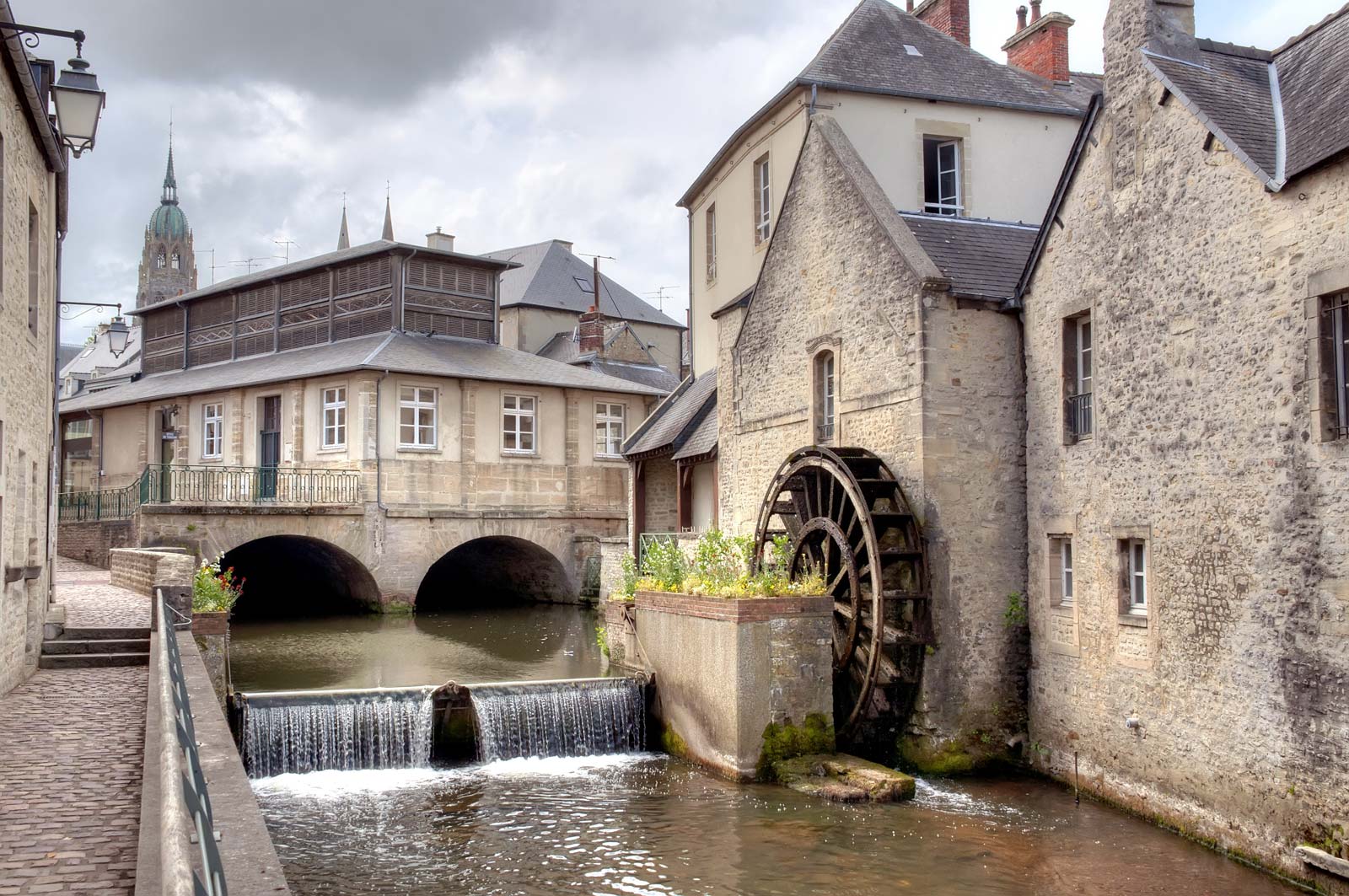 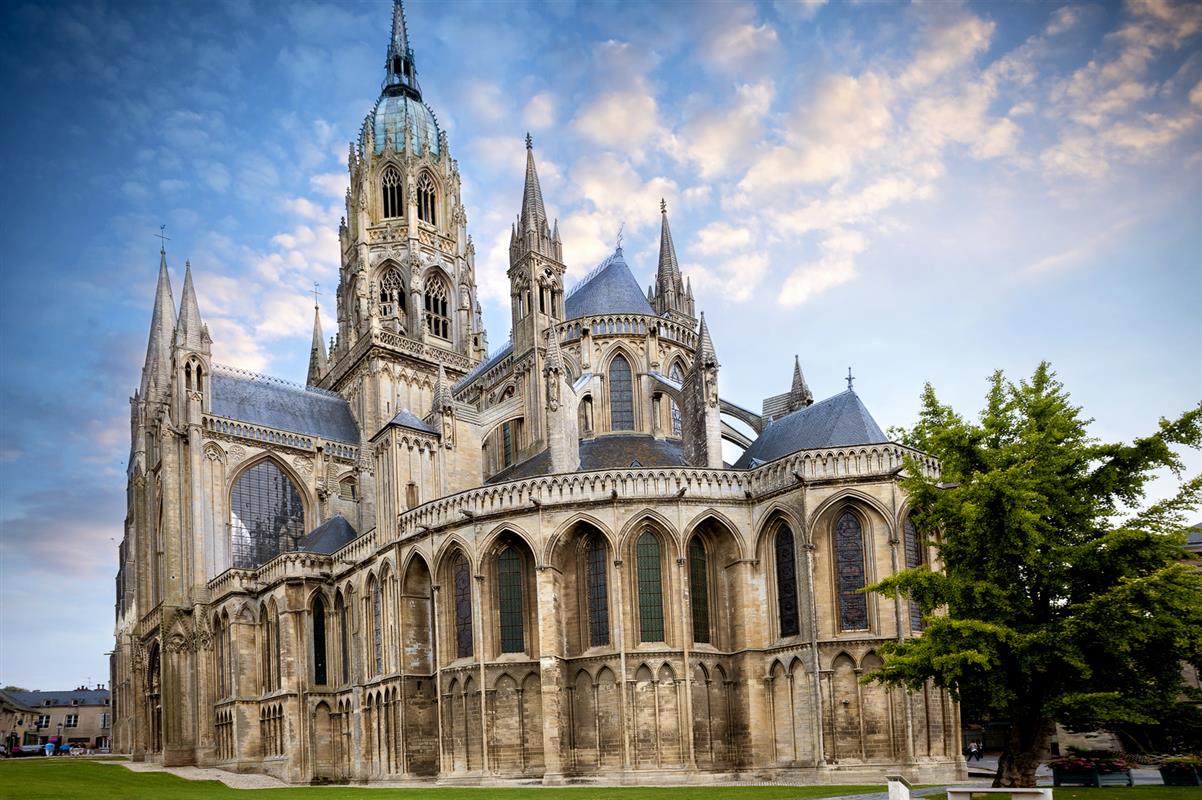 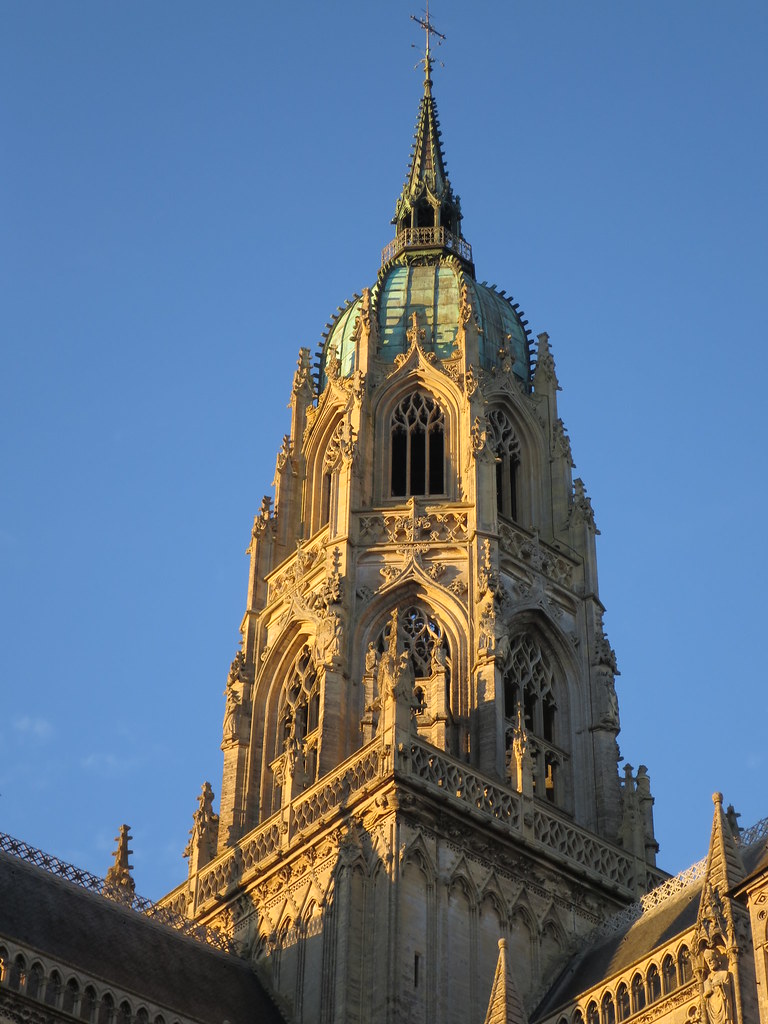 The Bayeux tapestry is one of the most famous embroideries in history. Measuring 70 meters in length, it tells the story of the conquest of England by William the Conqueror and ends with the Battle of Hastings in 1066. It was made in the XIᵉ century and has been listed as a “Memory of the World” by UNESCO since 2007.

Other places to visit

Normandy is a region in northern France. Its varied coastline includes white chalk cliffs and World War II beachheads, including Omaha Beach, site of the famous D-Day landings. Just off the coast is the rocky island of Mont-Saint-Michel, atop which stands a Gothic abbey. Come and discover our beautiful region.

Honfleur is located on the estuary of the Seine River leading to the English Channel. The old port, lined with authentic houses dating from the 16th to the 18th century, has inspired artists such as Claude Monet and Eugène Boudin. Not far from there, you can find the Sainte-Catherine church, with a wooden structure built by shipyard workers. Honfleur website 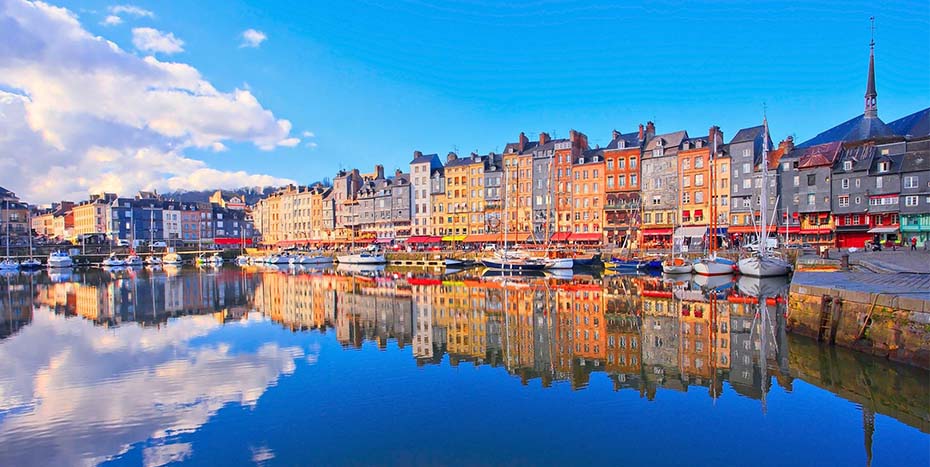 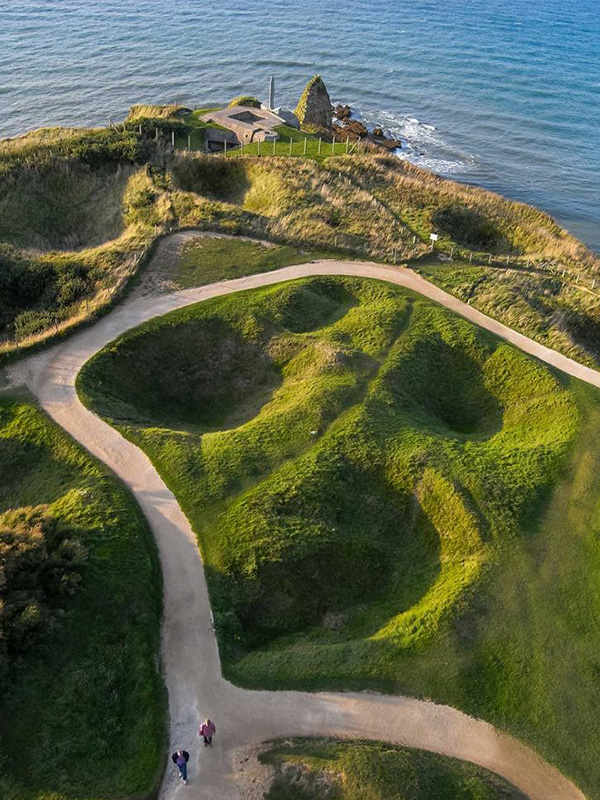 The Pointe du Hoc is the name given to a small headland on the Normandy coast in the Channel Sea, located in Calvados. It is composed of a cliff of 25 to 30 meters high preceded by a needle that juts out into the sea and it overhangs a pebble beach of about ten meters wide at its feet. The point is located in the commune of Cricqueville-en-Bessin. 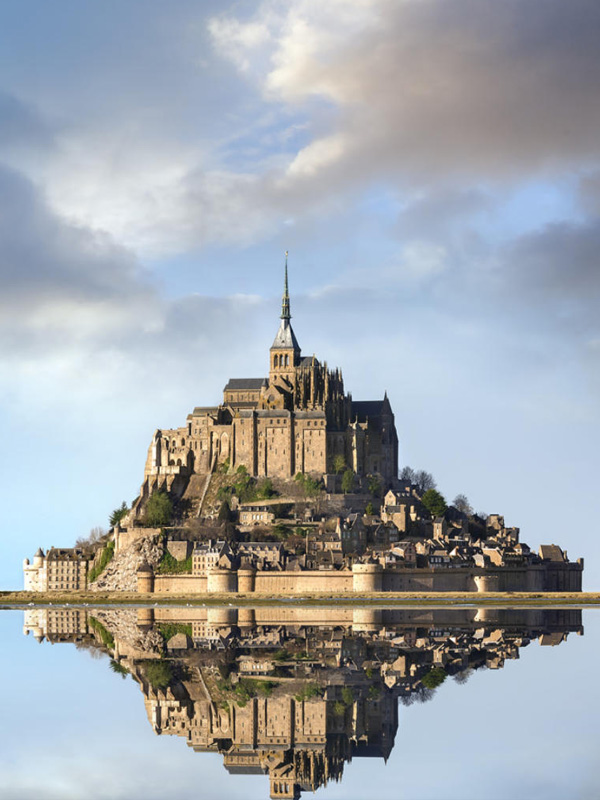 The architecture of Mont-Saint-Michel and its bay make it the most visited tourist site in Normandy, and one of the ten most visited in France.

A statue of Saint Michael placed at the top of the abbey church culminates at 157.10 meters above the shore. The abbey and its outbuildings are classified as historical monuments, and the islet and the coastal strip of the bay have been on the UNESCO World Heritage List since 1979. 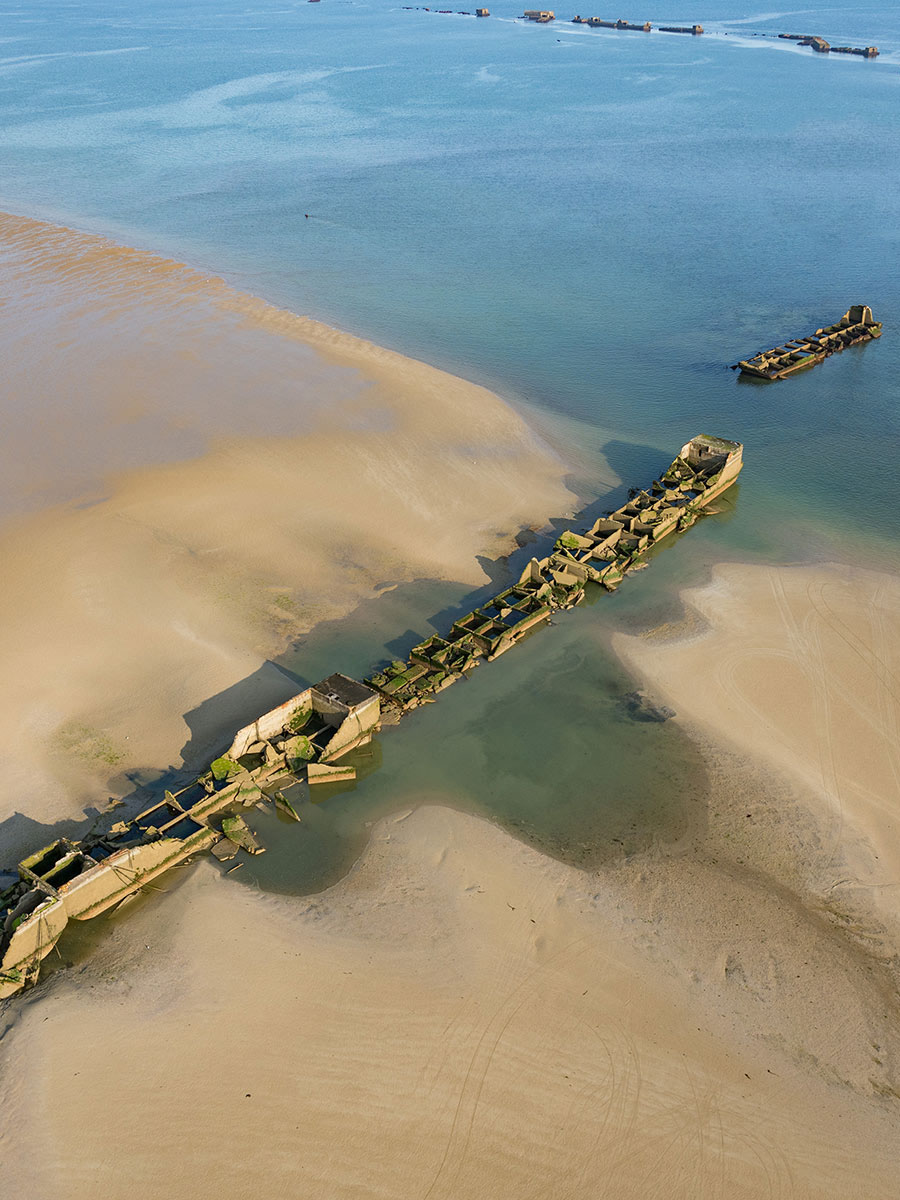 The permanent exhibition of the D-Day landings at Arromanches was officially inaugurated on June 5, 1954 by Mr. René COTY, President of the Republic.
It is the first museum built to commemorate June 6th 1944 and the Battle of Normandy.
This museum was built on the very spot where the artificial harbor was established, the remains of which can still be seen a few hundred meters from the shore. 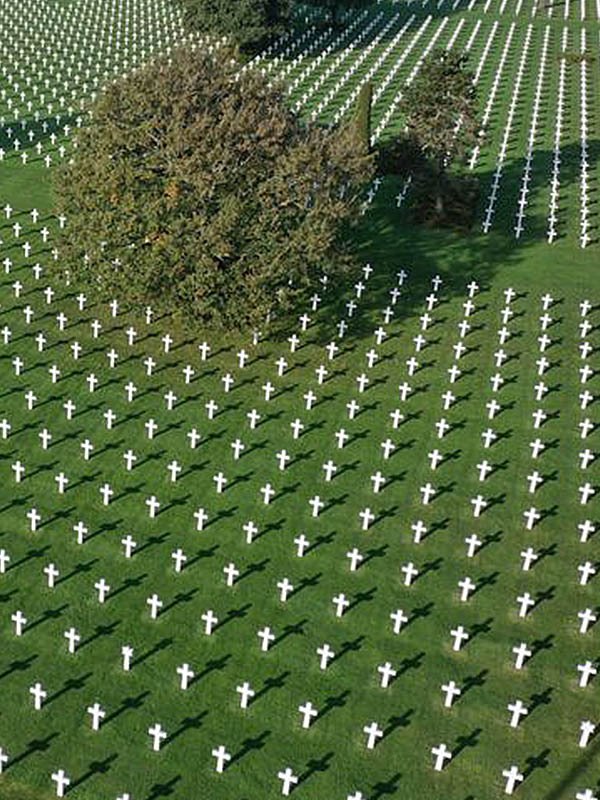 Located on the site of the American naval landing of June 6, 1944, 200 meters from Omaha Beach (known as Omaha la Sanglante), the Omaha Beach Memorial Museum was created to perpetuate and preserve the memory of all those young soldiers who died in 1944 and for whom we owe it to ourselves to keep their memory alive so that the younger generations will never forget the price we paid to obtain our freedom. 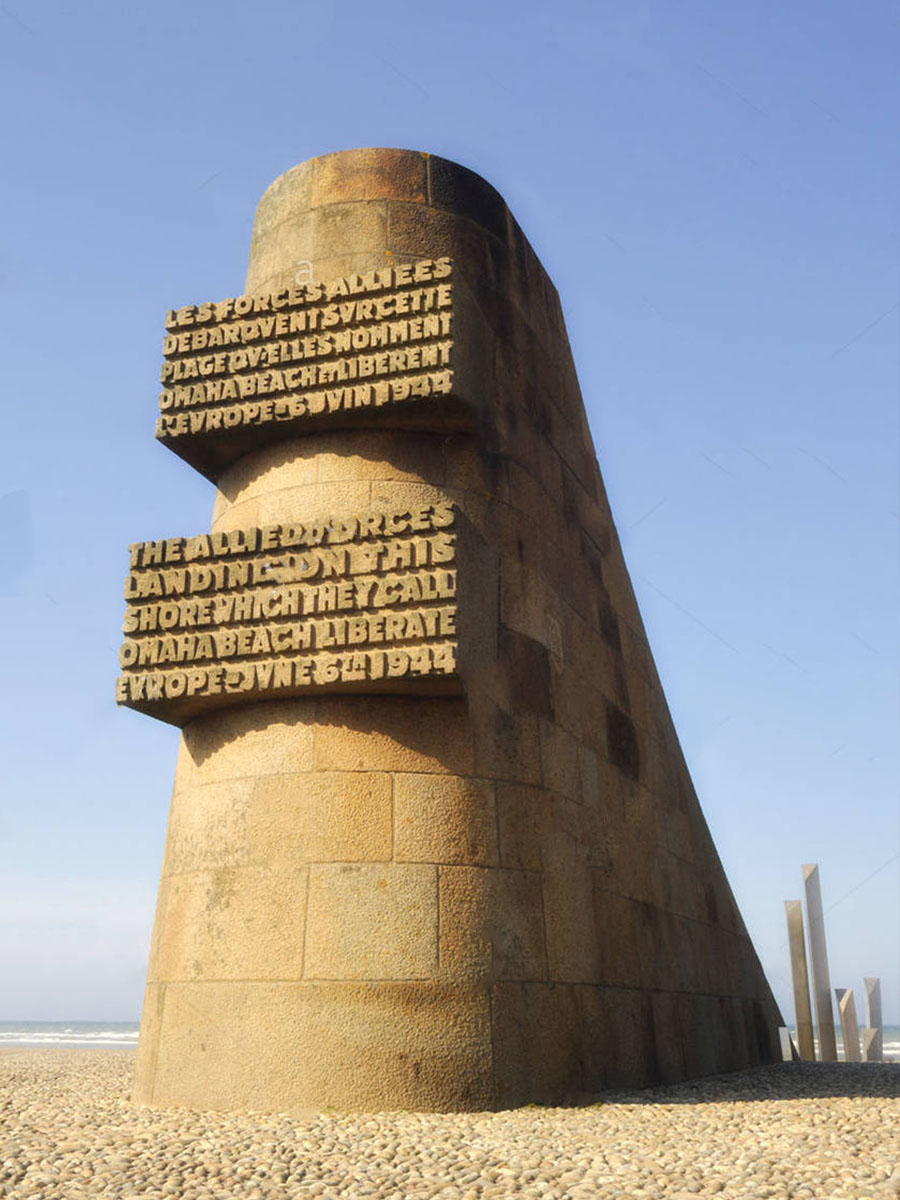 A place of remembrance and cultural center in Normandy, France, the Juno Beach Centre honours the 45,000 Canadians who lost their lives during the Second World War, including 5,500 in the Battle of Normandy and 359 on D-Day. Founded in 2003 by veterans and volunteers, it showcases the civilian and military war effort of all people in Canada and on the various fronts during the Second World War.

Book your restaurants in advance ! 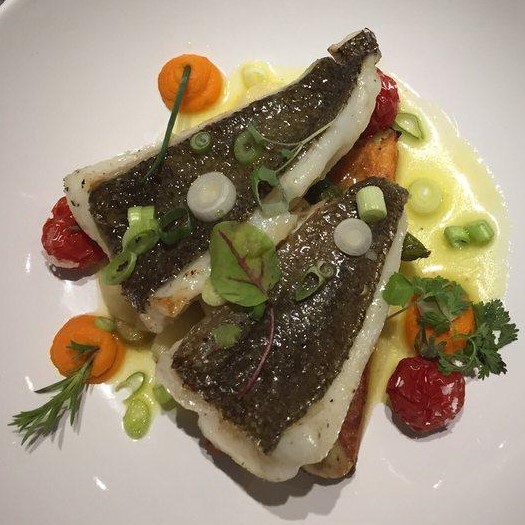 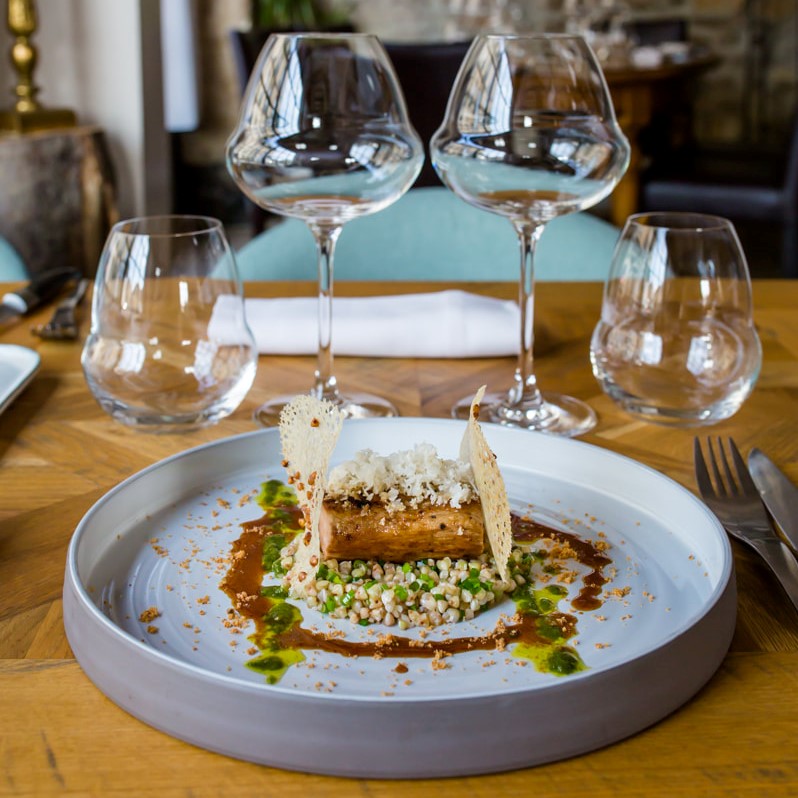 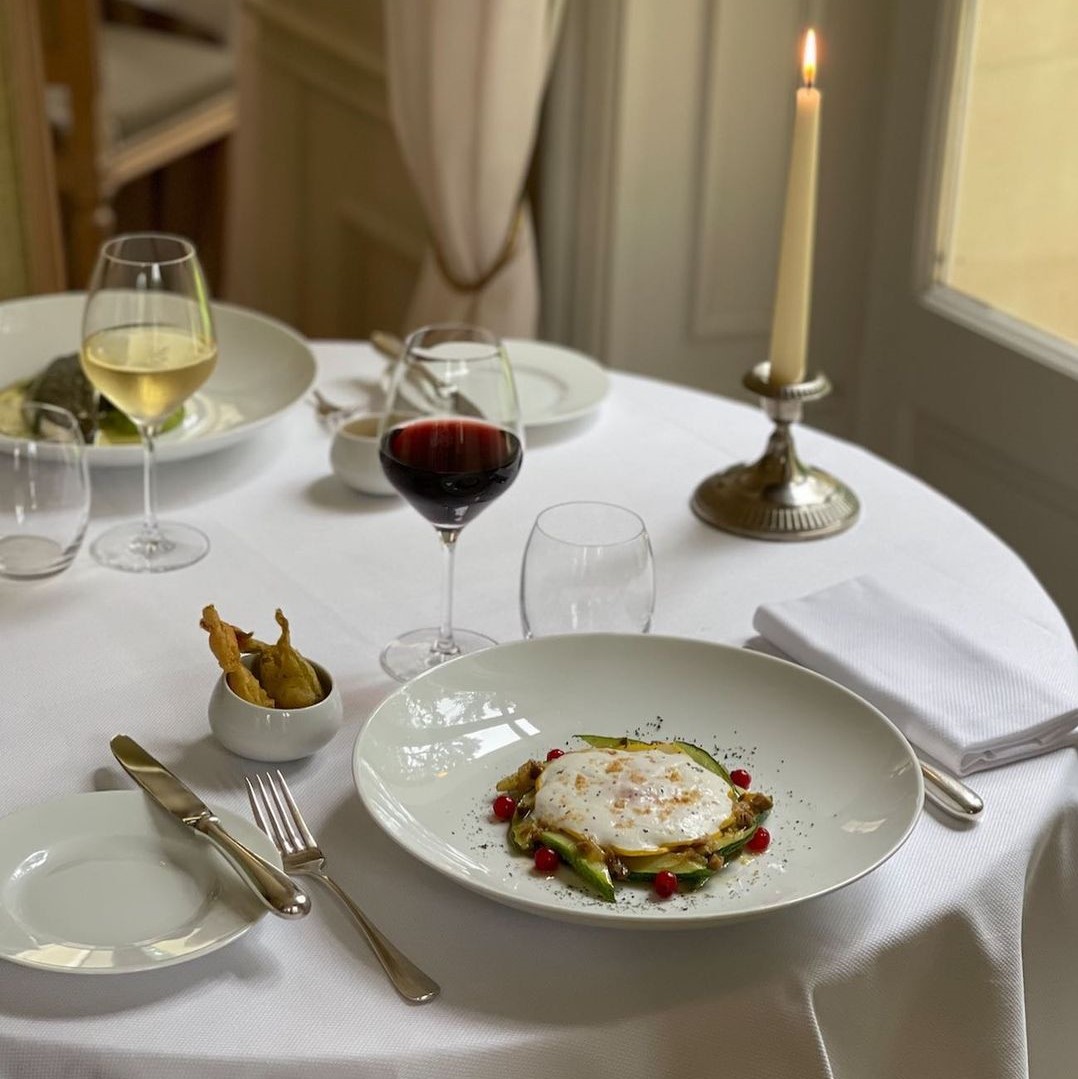 For a guided tour of any sight, be advised of booking asap.